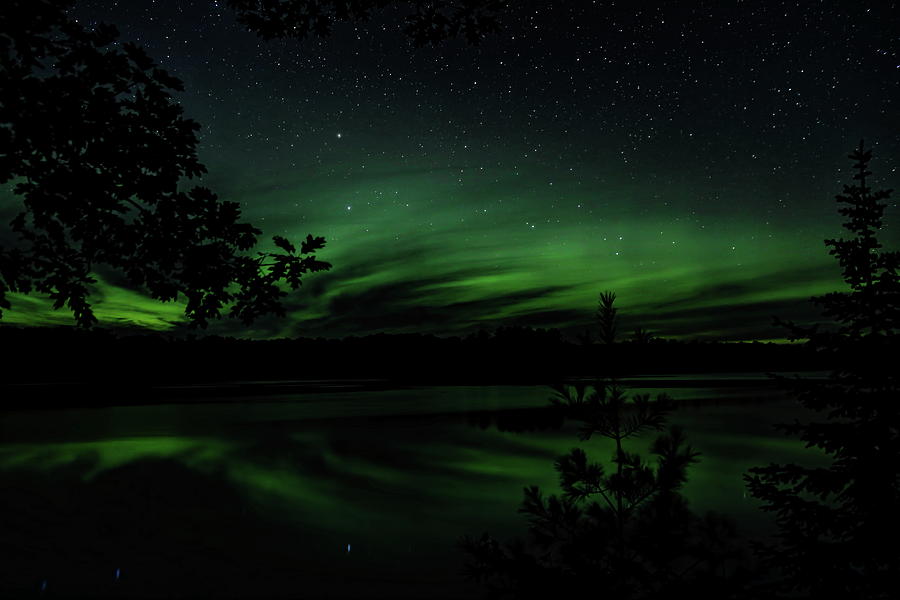 Aurora Behind The Trees

Aurora Behind The Trees

Aurora Behind The Trees by Dale Kauzlaric -- The data was indicating the northern lights had a chance of appearing, so I went out to Carrol Lake east of Woodruff and Minocqua, in Oneida County, Wisconsin. When I got to the lake and walked to the shoreline, I could see the aurora across the lake. It was easy to see with the naked eyes. The clouds were beginning to build, much to my dismay. But the clouds looked black and began adding to the dramatic nighttime sky. I was standing behind the trees and the aurora was still visible.