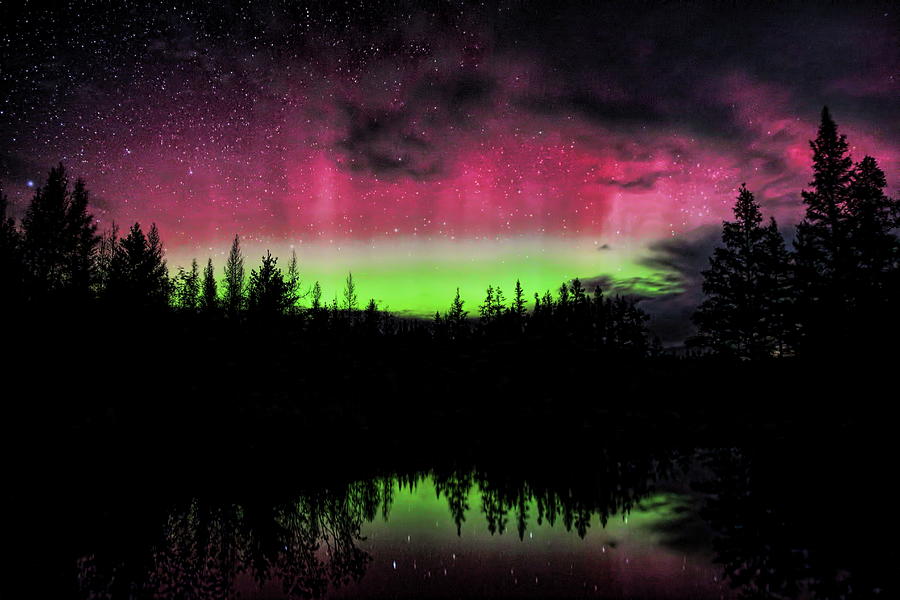 Boot Creek Red And Green Aurora by Dale Kauzlaric -- As I set up over Boot Creek near Eagle River in Vilas County, Wisconsin. to shoot the aurora, the clouds were starting to move out. Initially, there was a green band and then the rare red aurora showed itself. I really like this image because of the pine and tamarack tree silhouettes.