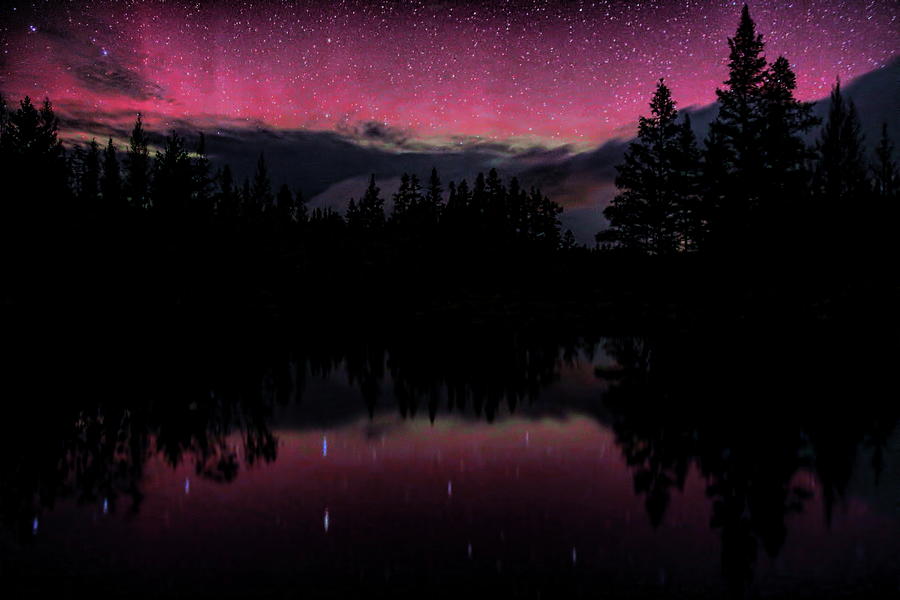 Boot Creek Red Aurora With Incoming Clouds by Dale Kauzlaric -- I went to Boot Creek near Eagle River in Vilas County, Wisconsin. to shoot the aurora. I had to wait for the clouds to move out. At first, there was a green band on the northern horizon. After a little while, the rare red aurora lit up the northern sky. It wasn't too long and the clouds started to move in again. Here, the clouds almost look like mountains.

Ooooo so beautiful Dale!! I didn't know it came in this color, I love it!

Thank you Linda, it is a rare color.

Congratulations on your capture, Dale!