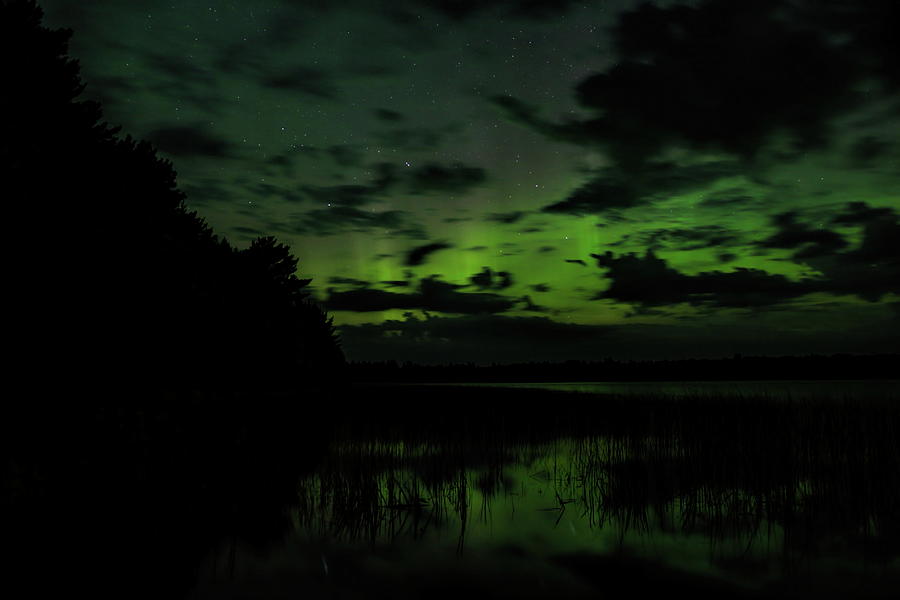 Boot Lake Green Aurora by Dale Kauzlaric -- The data was indicating the northern lights had a chance of appearing, so I went out to Boot Lake north of Eagle River, in Vilas County, Wisconsin. When I got to the lake and walked to the shoreline, I could see the clouds to the north were backlit with the aurora. It was easy to see with the naked eyes. The green glow also had pillars moving from right to left. The sky was partly cloudy, adding to the dramatic nighttime sky.