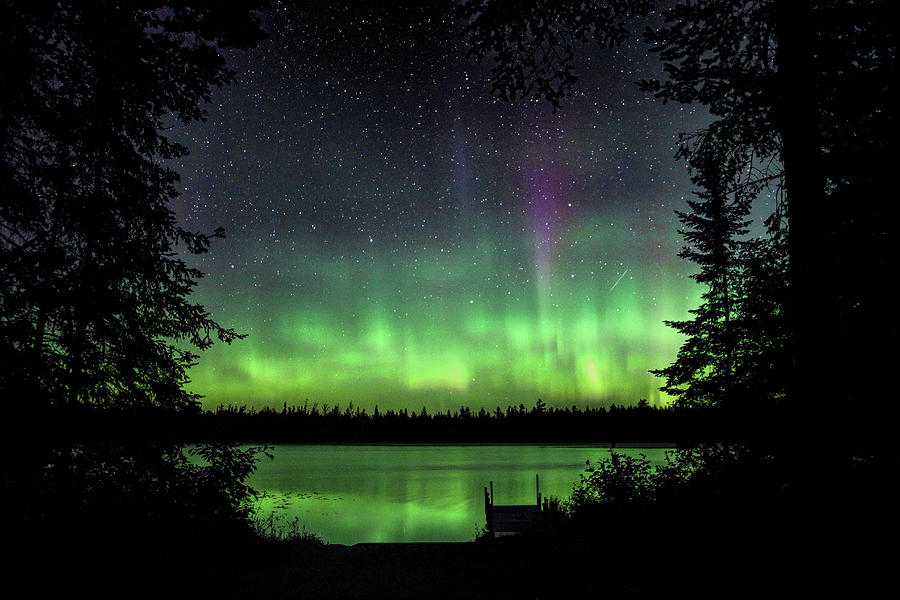 Circle Of Northern Lights by Dale Kauzlaric -- The data was indicating the northern lights had a chance of appearing on Labor Day weekend, so I went out to a small lake north of Rhinelander in Oneida County, Wisconsin. When I got to the lake and walked to the shoreline, I could see the aurora band across the lake, along with the big dipper. It was easy to see with the naked eyes. I was there for about 15 minutes and the aurora exploded with the green and purple pillars. Here the aurora is framed with a circle of pine tree branches..