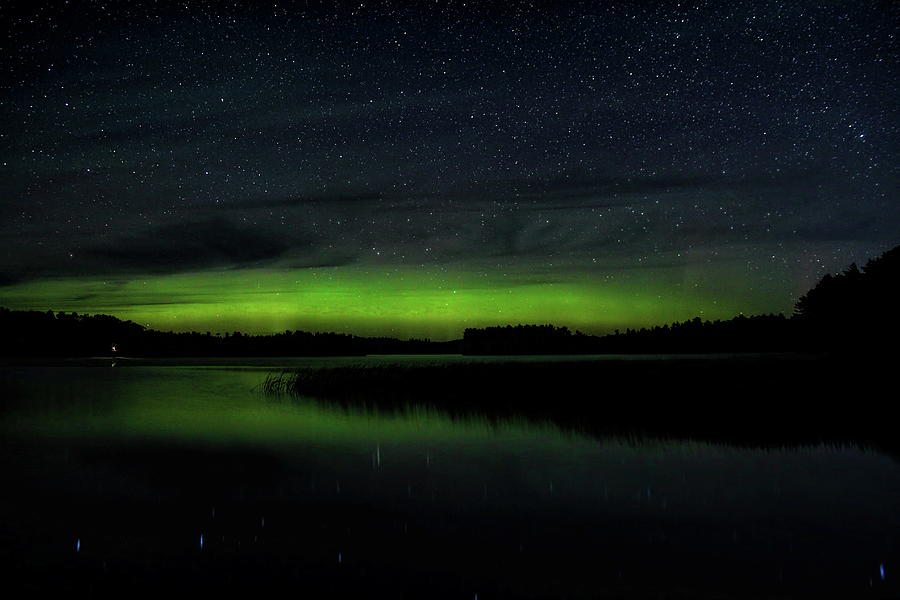 Late Summer Aurora Over Gilmore Lake by Dale Kauzlaric -- The data was indicating the northern lights had a chance of appearing, so I went out to Gilmore Lake east of Woodruff and Minocqua, in Oneida County, Wisconsin. When I got to the lake and walked to the shoreline, I could see the aurora across the lake. It was easy to see with the naked eyes. The reeds out in the lake and the horizon were visible in the reflection of the northern lights. The aurora on this night was primarily green with faint purple over the top.

Congratulations on your feature in the Fine Art America Group "Images That Excite You!"

John, thank you for the feature!