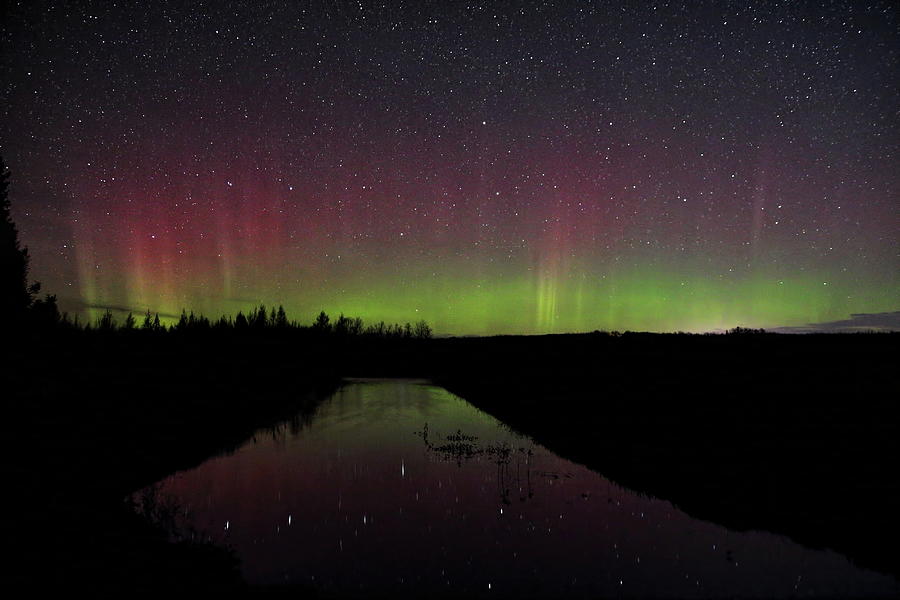 Pillars Dancing Across The Horizon

Pillars Dancing Across The Horizon

Pillars Dancing Across The Horizon by Dale Kauzlaric -- The data was indicating the northern lights had a chance of appearing. As I headed out it was clearing in the west. So I went to a spot east of Merrill in Lincoln County, Wisconsin. But as I was sitting to see what the clouds would do, I could see they were not moving fast enough. I decided to go west of Merrill instead, about a 40 minutes drive. This spot I had scouted earlier in the summer. It had the water I wanted for a possible reflection. As I got to my new spot it was dark. I could see the edge of the clouds was overhead and heading to the east. I waited about 2 hours and the green glow started. It continued to get stronger and then the red and green pillars were dancing across the horizon. The pillars would start on the right and move to the left, interesting to say the least. This lasted about a half hour and began to fade. No two aurora events are the same.